KÄTHE JARKA An active recitalist and sought-after chamber musician, Käthe Jarka has performed throughout the United States and abroad. A former member of the Shanghai String Quartet, she has collaborated with the Juilliard Quartet, Yo Yo Ma, Grant Johannesen, Donald Weilerstein, Ruth Laredo, David Krakauer, Mark Steinberg, and Gil Shaham. She has appeared on numerous occasions with the Chamber Music Society of Lincoln Center. Ms. Jarka is a graduate of the Juilliard School, where she studied with Leonard Rose, she also was the recipient of a Fulbright Grant for study with William Pleeth in London.

ANNA CLIFT
As founder and executive director of the International Cello Institute, Anna Clift collaborates with teachers and students from around the world and is passionate about
teaching and educating young musicians. Ms. Clift is considered one of the most influential and consulted cello teachers in the Twin Cities, as well as mentor to many
young cellists around the country. During the school year she divides her teaching between St. Olaf College in Northfield, Minnesota and Augsburg University in
Minneapolis. She has taught and participated in music schools and summer programs across the United States, including the Artaria Chamber Music School, Stringwood Chamber Music Camp, Banff School of Fine Arts, Spoleto Festival, Washington Island Music Festival, Britt Music Festival, Taos International School of Music, and Madeline Island Music Camp.

LAURA SEWELL
Cellist Laura Sewell enjoys an active and varied musical career. From 2007-2016, she was a member of the esteemed Artaria String Quartet. Earlier in her career, Ms. Sewell was the founding cellist of the award-winning Lark Quartet. During her tenure in that ensemble the quartet won the bronze medal at the Banff International String Quartet Competition, served as the graduate string quartet-in-residence at the Juilliard School, and had a teaching residency at San Diego State University. Her chamber music teachers have included members of the Juilliard, American, Tokyo, Guarneri and Budapest quartets, as well as master teachers Felix Galimir, Josef Gingold, and William Pleeth. Ms. Sewell received her Bachelor’s Degree from the Juilliard School where she was a student of Leonard Rose, and her Master’s Degree from the Cleveland Institute of Music where she studied with Alan Harris. 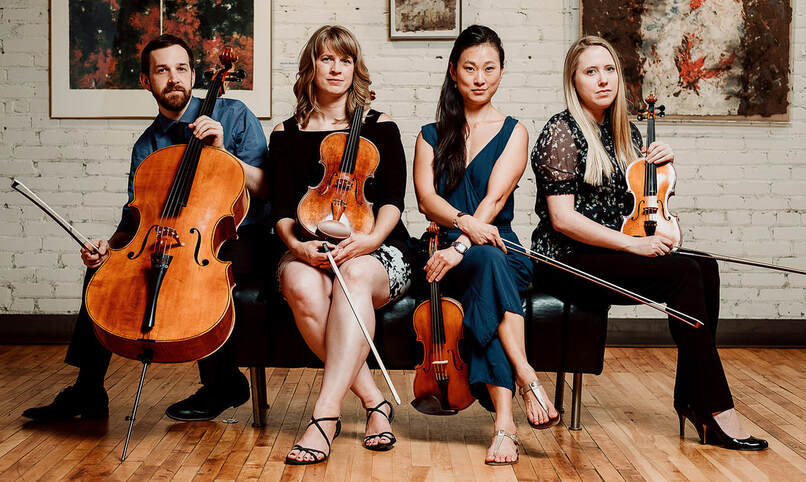 Lux String Quarter is a Twin-Cities based ensemble, bringing a dynamic edge to performance and education since 2013.  As avid recitalists, Lux maintains an active presence in a wide array of musical spheres, from concert halls and churches, to coffee shops and podcasts. Their concert series, "Lattes with Lux," established an enthusiastic fan base and is currently hosted by several local, independent coffee houses around the Minneapolis-St. Paul area.​

​A wide spectrum of musical backgrounds and tastes contributes to the group's creativity, which is reflected in their collaborative projects with other artists. In addition to presenting classical repertoire, Lux  frequently collaborates with other musicians, actors, and composers to perform contemporary works, pushing boundaries of presentation, form, and aesthetic.​

Minneapolis Guitar Quartet
​With profoundly moving performances expressing heart-felt intimacy to dazzling bravado, the Minneapolis Guitar Quartet has captivated audiences throughout the United States, Europe, and Asia. From Bachto Piazzolla to Prince, MGQ’s eclectic programs are propelled by virtuosity and synchronization that come from decades of classical training and ensemble experience. The foursome--Joseph Hagedorn, Maja Radovanlija, Ben Kunkel and Wade Oden—build an intimate and comfortable rapport with their audiences through their engaging stage presence and good humor. “More than a guitar quartet, more than superb musicians, and more than a great chamber group,” says composer/performer Daniel Bernard Roumain. “They are ambassadors of sound, style, and substance.” 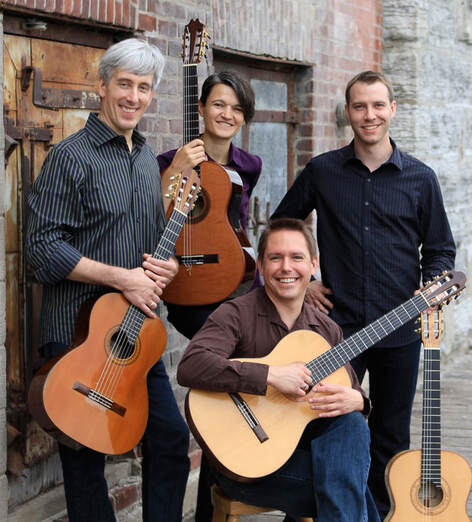 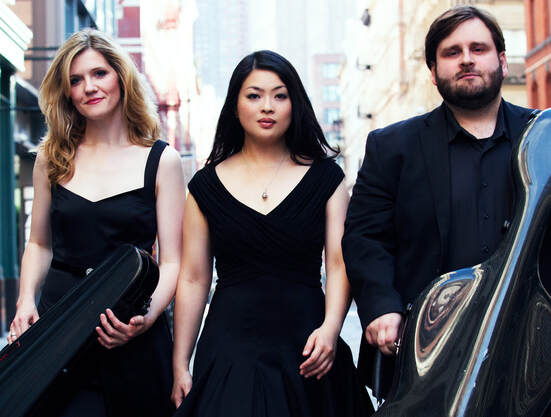 Since forming in 2010, Neave Trio – violinist Anna Williams, cellist Mikhail Veselov, and pianist Eri Nakamura – has earned enormous praise for its engaging, cutting-­edge performances. WQXR explains, "'Neave' is actually a Gaelic name meaning 'bright' and 'radiant', both of which certainly apply to this trio's music making." The Boston Musical Intelligencer included Neave in its “Best of 2014” and “Best of 2016” roundups, writing, “it is inconceivable that they will not soon be among the busiest chamber ensembles going,” and “their unanimity, communication, variety of touch, and expressive sensibility rate first tier.”
​Neave has performed at many esteemed concert series and at festivals worldwide, including Carnegie Hall’s Weill Recital Hall, 92nd Street Y, Chamber Music Society of Lincoln Center/La Jolla Music Society, Rockport Chamber Music Festival, Norfolk and Norwich Chamber Music Series (United Kingdom), and the Samoylov and Rimsky Korsakow Museums' Chamber Music Series in St. Petersburg (Russia). The trio has also appeared frequently as soloists for Beethoven's Triple Concerto with orchestras across the country and held residency positions at Brown University, ArtsAhimsa Chamber Music Festival, San Diego State University as the first ever Fisch/Axelrod Trio‑in‑Residence, and the Banff Centre (Canada), among many other institutions. In the fall of 2017, the Trio joined the faculty of the Longy School of Music of Bard College as an Alumni Artists, Faculty Ensemble‑in‑Residence.
Neave Trio strives to champion new works by living composers and reach wider audiences through innovative concert presentations, regularly collaborating with artists of all mediums. These collaborations include performances with the Blythe Barton Dance Company; projection artist Ryan Brady; the interactive concert series “STEIN2.0,” with composer Amanuel Zarzowski; Klee Musings by acclaimed American composer Augusta Read Thomas, which was premiered by Neave; the upcoming premiere of Eric Nathan’s Missing Words V, sponsored by Coretet; and an upcoming short film based on the tango music of Astor Piazzolla.

​The members of the UNI Faculty Piano Quartet have vast experience as orchestral and chamber musicians, soloists, and educators.  Their  mission is to be an agent of change in the classical arena.   "We hope to be curious about our audience, take on risk in new presentations, and bring classical music to life. We perform new and standard repertoire works in a variety of venues, from formal concerts to shows in intimate, informal, and unusual settings.  We are committed to expanding the repertoire for the quartet through the commission and performance of new works." 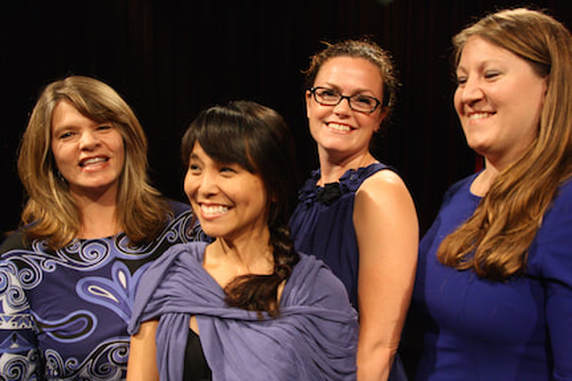 Lumina is a professional women’s ensemble dedicated to the mystery, beauty, and hope inherent in music. Their programming draws from a rich well of musical sources, including Medieval chants, Renaissance motets, folk song traditions, and works by living and local composers. Their goal is to share the spiritual experience of music through performance, participation, and education.

​Based in the Twin Cities of Minneapolis and St. Paul, Minnesota, they have collaborated with faith communities, schools, and choral organizations to present concerts, special church services, and educational workshops. 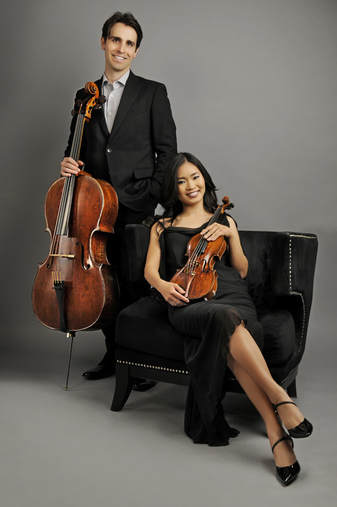 ​Unique in the classical music world due to its dedication to works for violin and cello ensemble, Duo-B is quickly earning praise for their passionate musical commitment, creative style, and original programming. Founded in 2009, violinist Hirono Sugimoto Borter and cellist Philip Lawrence Borter met at the Hochschule für Musik-Freiburg (Germany) and have since dedicated their performing careers to promoting the wealth of music for violin, cello duo. As winners of the prestigious Eastman Concerto Competition, they have performed across three continents including landmark performances in Kodak Hall at the Eastman Theater, the Kennedy Center in Washington D.C., the Universität der Künste in Berlin, and Minatomirai Hall in Yokohama, Japan.

Since its inception, Duo-B has championed a diverse and broad repertoire representing music from a great variety of genres and cultures. In addition to performing rarely heard masterpieces and lesser-known works, a great emphasis is placed on the communicative power and remarkable intimacy found only in the string duo. In 2011, they gave their first concert tour in the United States, performing extensively in the Southeast and are now found frequently performing across the US and Japan. 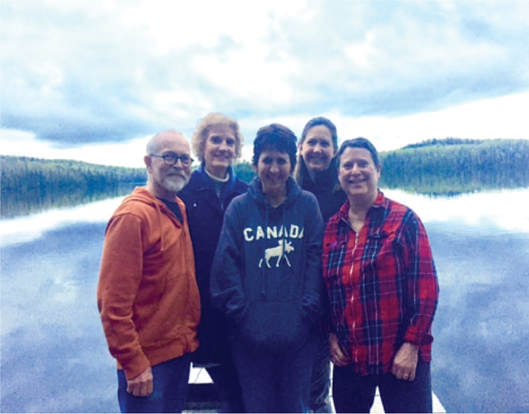 The WolfGang performs instrumental chamber music from the era of Wolfgang Amadeus Mozart. Its repertory includes works from the mid 18th century when the sons of J.S. Bach were active up to the music of Mozart, Haydn, and Beethoven and their contemporaries. Playing on musical instruments of the type that were used during Mozart’s life and in a style that “fits” that era, The WolfGang has been performing, recording, and touring for over 22 years.  We play on classical era flute, strings, and keyboard.  Like Mozart, who often played on a Viennese fortepiano by Johann Andreas Stein, Gail Olszewski, keyboardist for The WolfGang, plays a copy of a Stein fortepiano.  Our three string players use violin, viola, violoncello and bows which are either from the 18th century or are carefully modeled after 18th century instruments.  Flutist Paul Jacobson plays on modern replicas of flutes made by some of the great woodwind makers of the late 18th century. 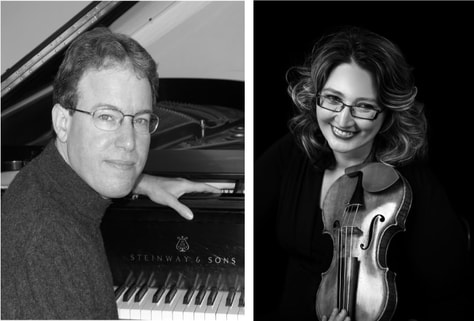 Over the years, the Vogel-Tsachor Violin-Piano duo  has performed many unusual and rarely performed programs.  The Waverly recital will include, in addition to a Mozart sonata, Brahms’ own Violin/Piano transcription of his E flat Major Clarinet Sonata op. 120/2, as well as Vogel’s transcription of Rachmaninoff’s  cello/piano sonata opus 19.