Trio 826 was created in 2011 by three friends to explore ideas for innovation in the performance of classical music. The members of the trio have vast experience as orchestral and chamber musicians, soloists, and educators.  The  mission of Trio 826 is to be an agent of change in the classical arena.   We hope to be curious about our audience, take on risk in new presentations, and bring classical music to life. We perform new and standard repertoire works in a variety of venues, from formal concerts to shows in intimate, informal, and unusual settings.  We are committed to expanding the repertoire for string trio through the commission and performance of new works.  For 2012, the trio commissioned a work entitled "Soneando" by UNI Faculty Composer Robert Washut, and we look forward to premiering more such new and exciting works in future seasons. We  love to collaborate with institutions, other musicians and artists of all disciplines. 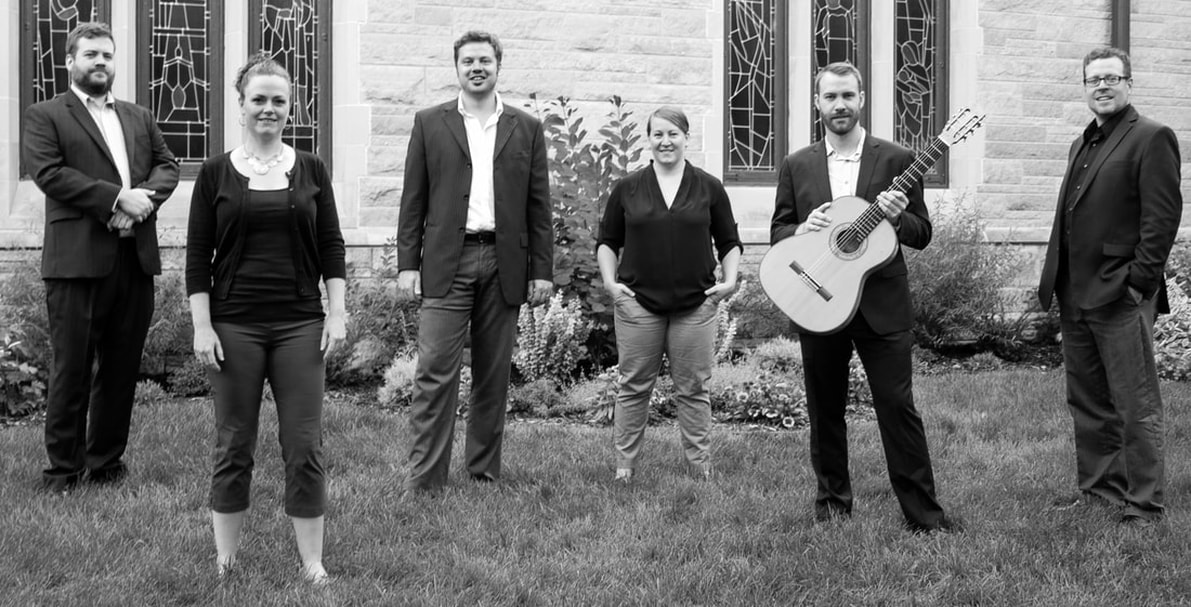 ​The Mirandola Ensemble, established in 2011, is a Minneapolis, Minnesota-based professional choral ensemble dedicated to promoting the highest standards of choral music, the idea of choral music as ‘high art’ in the Western tradition, and the aesthetics of the Renaissance. The ensemble is a 501(c)(3) non-profit arts organization, and has served multiple years as a Class Notes Artist-in-Residence for Classical Minnesota Public Radio. The group’s studio albums "Unquiet Thoughts: The Lute Songs of John Dowland" and “Nymphs & Angels” are now available via iTunes, Amazon, Spotify, and other streaming music services. The Mirandola Ensemble is led by Artistic Director and tenor Nick Chalmers.

John Krebs
A native of Iowa, Krebs holds degrees in piano performance from Northwestern University, the University of Illinois and the University of Maryland. Krebs has been at Hendrix College in Conway, Arkansas for the past 20 years. At Hendrix, he has taught music theory, music history and literature, an opera survey course, jazz history and studio piano. He has also served as chair of both the Hendrix music department and humanities area.
​
An avid collaborative pianist, Krebs has performed in Canada, Germany, Scotland, Slovenia and Thailand. He has been an active member of Music Teachers National Association at the local, state and national levels, and in 2011 he was named an MTNA Foundation Fellow. Previously he taught at Central Missouri State University and Prince George's Community College, and was professor of music at Luther from 1989-92.
Philip Wharton
Few artists enjoy such high praise for both of their disciplines as composer/violinist Philip Wharton. Of his playing, The New York Timesproclaimed, “a rousing performance!” and The Waterloo Courier wrote, “a golden tone with breathtaking execution.” His compositions, heralded from coast to coast, are described by the New York Concert Review as, “…decidedly contemporary…both engaging and accessible.” Writing from symphony to song, past seasons saw the Santa Fe Opera’s remounting of Two Saintes Caught in the Same Act as part of their apprentice scenes program, the Grammy-nominated Borealis Wind Quintet perform his Quintet on their concert tours, his chamber symphony, Passing Season performed by regional orchestras, premiere of his Symphony, his tribute to Shakespeare’s 450th birthday, a song cycle entitled Fools, and concerts with Grammy-nominated soprano, Caroline Worra. Other projects include collaborations with author Janet Burroway and illustrator John Vernon Lord to create musical settings of their books for children: The Giant Jam Sandwich, The Truck on the Track, and a vocal-monodrama, The Perfect Pig.Recent recordings include Albany Records’ release of his Flute Sonata—performed by flutist, Katherine Fink, and pianist Rose Grace, Crescent Phase Records’ release of his Woodwind Quintet—performed by the Madera Woodwind Quintet, and Kenneth Thompkins’ (principal Detroit Symphony Orchestra) recording of his Alto-Trombone Sonata. Expect to see the release of a CD by Elizabeth Sombart with the Royal Philharmonic Orchestra in the coming year. 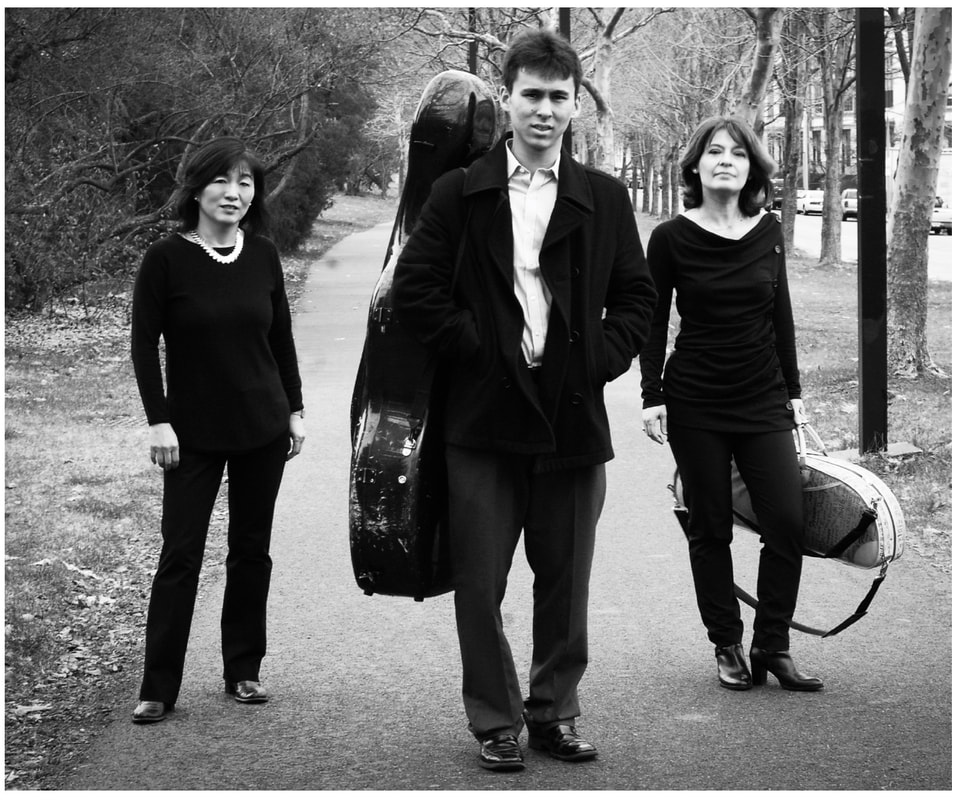 “Whenever this trio plays, drop everything and go hear them!” hailed the Boston Globe on the occasion of The Boston Trio’s Tanglewood debut at Ozawa Hall. Since their formation in 1997,the trio has quickly become one of today’s most exciting chamber ensembles. Acclaimed fortheir superb sense of ensemble and wondrous balance, these virtuosic and profound musicians are committed to creating exceptional and daring performances of standard and contemporary repertoire.

Violinist Irina Muresanu, cellist Jonah Ellsworth, and pianist Heng-Jin Park each have distinguished careers as soloist, recitalist, chamber musician, and have appeared with major orchestras and premier chamber music festivals throughout the United States and Europe. Cellist Mr. Ellsworth has performed as soloist with the Boston Symphony, Akron Symphony, Boston Philharmonic, Jacksonville Symphony, Johnstown Symphony, Symphony by the Sea and New Bedford Symphony. Additionally, Ellsworth attended the Marlboro Music Festival from 2014- 2016. Ms. Muresanu, who has appeared as soloist with the Boston Philharmonic, the Orchestre de la Suisse Romande, and other top international orchestras, is the recipient of top prizes at the Montreal International Competition and the Queen Elizabeth Violin Competition. Ms. Park, who made her solo debut with the Boston Pops at the age of 15, is the founding member of the Boston Trio and founder and artistic director of Halcyon Music Festival.

S
The Artaria String Quartet was recently lauded by Rob Hubbard of the St. Paul Pioneer Press -- “Artaria Quartet is likely to give eloquent voice to whatever work it tackles.” Artaria has served as MPR Artists-in-Residence and was featured on Twin Cities Public Television as part of the MN-Original Television series. The quartet has appeared at major summer festivals including the Banff Centre in Canada, Festival de L’Epau in France, and the Tanglewood Music Center in Lenox, Massachusetts. Artaria is the recipient of a highly coveted McKnight Fellowship for Performing Musicians, and has received Teaching Artist grants from the National Endowment for the Arts, Chamber Music America, Midori's Partners in Performance, and the Heartland Fund for performance and educational outreach. Members of the quartet are founders and directors of the Artaria Chamber Music School, a weekly chamber music program for young string players, Stringwood, a two-week summer festival held in Lanesboro, MN each June, and the Saint Paul String Quartet Competition, an annual national event that showcases America’s finest young string quartets from around the country. 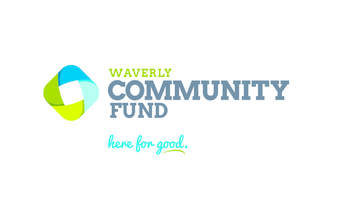 ​The 2019-2020 WCMS Season
is funded in part by a grant from the
​Community Foundation of Northeast Iowa
​www.cfneia.org